Texas is currently undergoing a huge change regarding the recycling of single-use and rechargeable batteries. The Texas Legislature is analyzing a law that mandates the battery manufacturers to take back and recycles them. Should the battery recycling bill pass, it would be the first-ever in the country to cover both single-use and rechargeable batteries.

According to HB 3153, all the members of the battery industry in Texas will be legally required to create and publicly offer a program that allows for the takeback of batteries and their recycling. The type of batteries is not limited to rechargeable or single-use in the bill. The consequences of non-compliance and refusal to participate in the program will lead to a prohibition of selling batteries within the whole state. 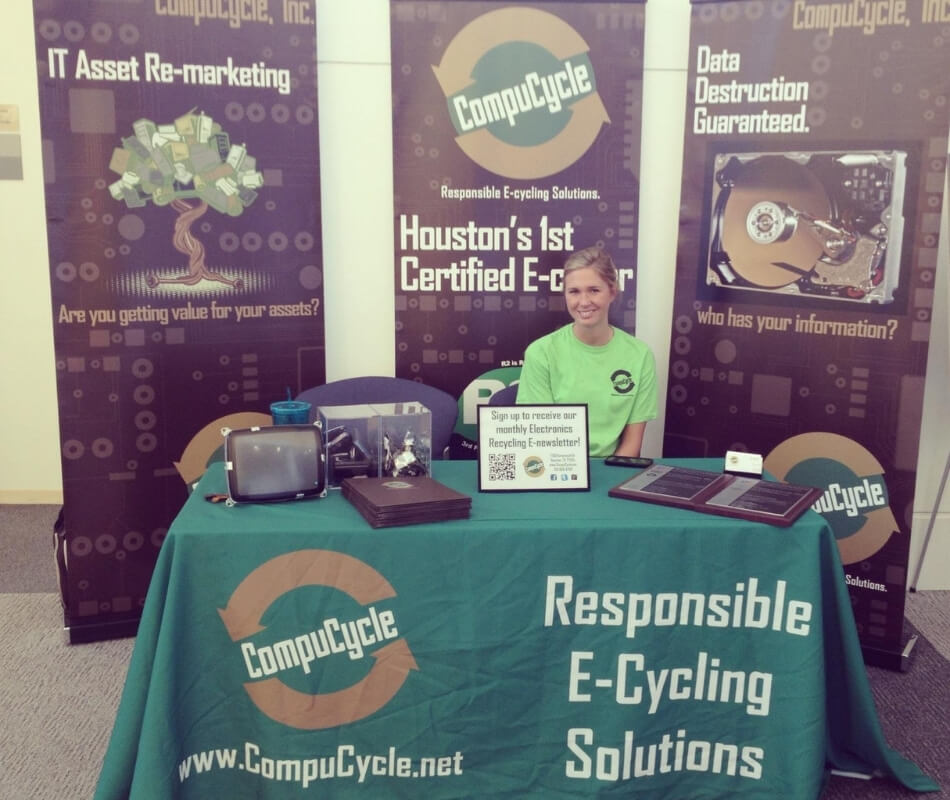 The bill states that the plans of designing and implementing the recycling and takeback program are to be submitted to the Texas Commission on Environment Quality by the manufacturers (or any stewardship organizations that may be working on behalf of the manufacturers). The Texas Commission on Environment Quality will then analyze and evaluate the presented plans before offering their approval on them or requiring any modifications that they see fit in the plans. The components of the plans that the bill mandates are:

The Requirements of the Bill

The May 5th Hearing of the Bill

In the hearing that took place on May 5th, the House of Representatives Committee on Environmental Regulation did not approve the bill, but it could still be approved during the next legislative session to take place in 2017. The bill’s delay was decided upon after a suggestion, indicating that this battery recycling bill should be studied some more as there is a single state, Vermont, that has set up a program like this, was brought forward and agreed upon.

Testimonies About the Proceeding

Anderson shared his thoughts about the proceeding by saying, “Some think the bill goes too far, while others think it fails to go far enough. It’s really trying to create a framework for an agreed-upon bill between industry, between the battery manufacturers.”

Robin Schneider, executive director of the Texas Campaign for the Environment, stated, “If conservative Republicans in Texas are advocating for battery recycling, legislatures all across the country have the green light to do this. Even if the legislation doesn’t pass the first time around, it provides impetus and some leverage for other legislatures to also get on board with this issue.” He further added, “We continue to show in Texas that producer takeback recycling is not a partisan issue, and there’s strong support for conservative Republicans for this policy.”

Another advocate of the bill stated, “The Texas Legislature’s serious consideration of a law mandating takeback and recycling for all household batteries sends a signal to other states considering the same.”

Not to forget, Rick Perry, an ex-governor, signed into law two separate bills that were presented in the Texas House of Representatives. The first was to establish extended-producer responsibility pertaining to computers. It was presented in 2007 by a GOP representative. The second, presented and passed in 2011, was the same in nature but for televisions.

If passed, this battery recycling bill would show great enhancements in the recycling of batteries safely and efficiently. Here at CompuCycle, we continue to support new bills and laws, helping to reinforce any electronic recycling advancements for both consumers and manufacturers. We are one of the most active and responsible electronic recycling companies that safely dispose of batteries and other IT equipment. We support the reuse of electronics and make efforts to raise awareness about the matter.

Whether there are specialized battery recycling companies or recyclers that accept all kinds of electronics, like CompuCycle, they should be compliant with all the local and international laws, regulations, and standards. The problem of e-waste has been rapidly increasing for the past two decades, which requires the states to address the issues and speed up their law-making efforts pertaining to e-recycling. The federal lawmakers have unfortunately fallen way behind in the matter, and hopefully, we will soon see some action from them as well. 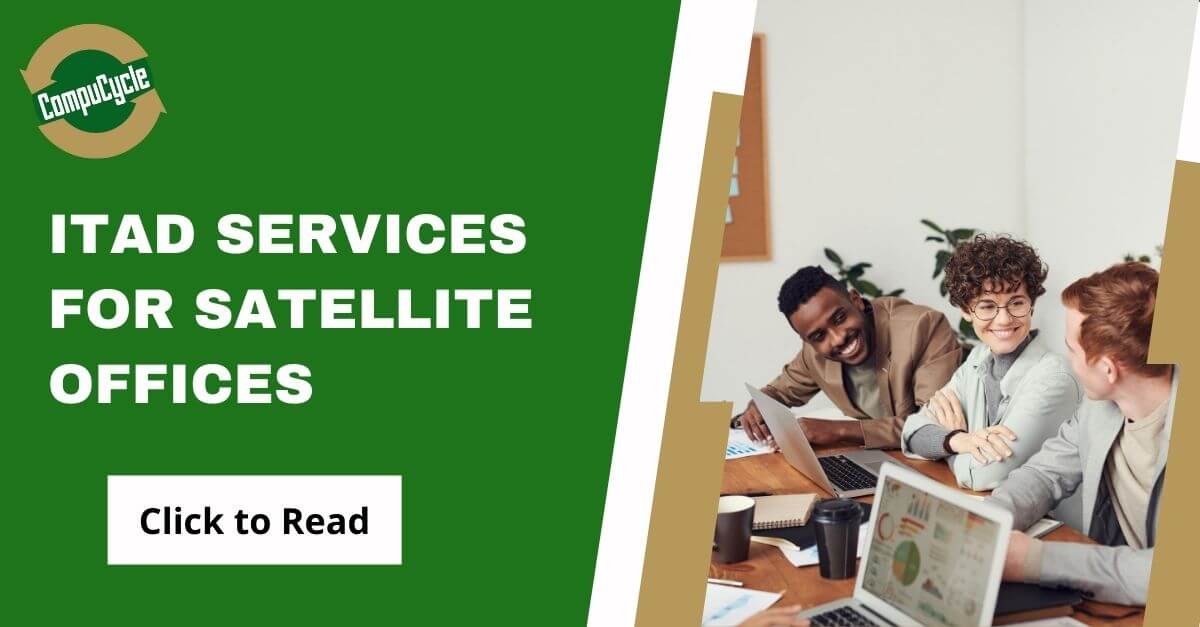 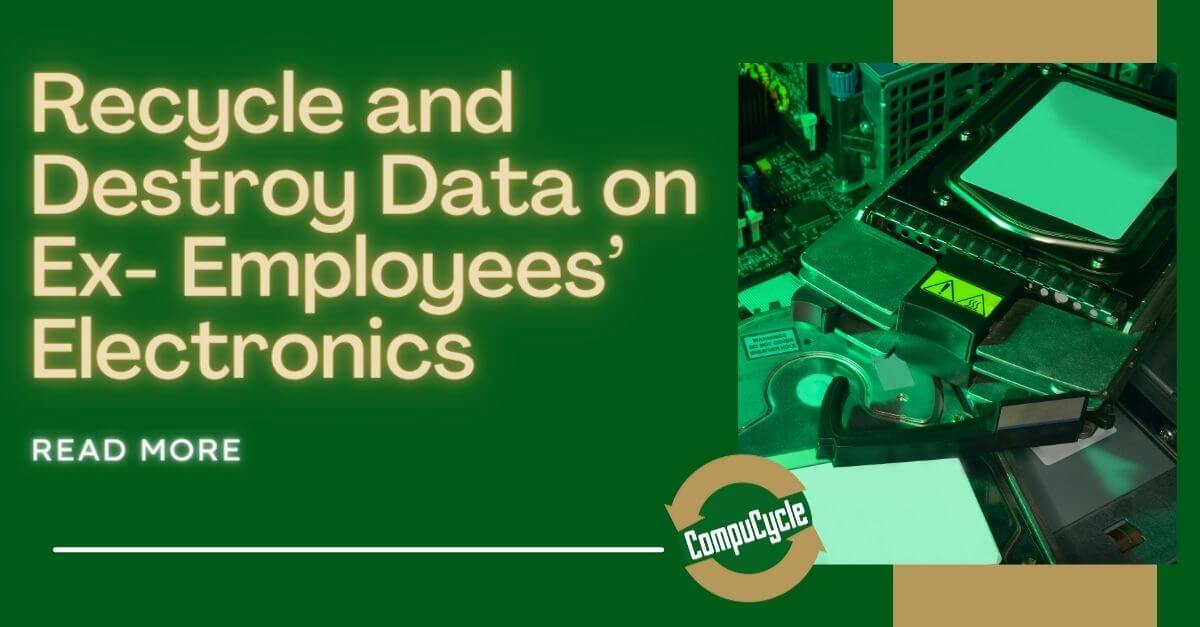 Why Should You Recycle and Destroy Data on Ex- Employees’ Electronics?

Increase in Laptop Production and What it Means for E-Waste